Who is Eddie Z? 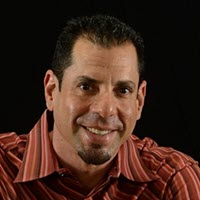 My name is Eddie Z, and I am a full-time day trader.

I think it’s important for you to know a little about my history and experiences in the markets, so you can feel comfortable with me, understand why I created this site, and realize that I have already been through the pain of trial and error when it comes to trading stocks.

I built EZBreakouts.com as a way to share my passion for trading. Trading is an endless game of balancing a sound trading methodology with inner emotions. Discipline versus Greed & Fear, if you will. You need to have BOTH a system, that if followed makes money, and the understanding of how your mind works.

Over my 34 years of Wall Street experience I have accumulated and developed a winning set of strategies to play both sides of this game. In fact, I draw up the “plays” every day for the members of EZBreakouts.com.

My realization that trading was something VERY exciting started in the mid 1970s. I was 7 years old and my father would take me to work with him. My dad was a commodity futures trader on the floor of the New York Mercantile Exchange (NYMEX).

I was mesmerized by all the people huddled in a circle screaming and shouting and getting very carried away. People were crying out numbers while others were writing numbers on huge chalkboards. There was an immense energy in this place that I could already feel, even at a young age.

As I became a teenager, my dad taught me how to draw point and figure charts using a pencil and graph paper. He even explained some of the chart formations and how he could use these formations to predict what would happen next. That is how he made a living.

It was so different from what my friends’ dads were doing and I thought it was so cool. I became completely fascinated with charts and graphs.

I didn’t realize until deep into my own career that my dad was one of the purest “day traders” and “swing traders” of his time. Day trader and swing trader are terms that have only been coined in the last 10 to 15 years with the introduction of online electronic trading.

My dad drew charts by hand and stood in the pit and traded for his own account. Talk about old school original!

My first full-time job on Wall Street started in 1987 on the floor of the NYMEX, the Monday after I graduated high school. One of my responsibilities was keeping charts up to date for the brokers I worked for. Within a few years, charts were generated by computerized charting services and the art of hand charting was lost forever.

I spent every summer, Christmas break, and spring break, all the way through graduate school, working on the floor of the NYMEX.

The best memory I have from those times was working for a floor trader in the crude oil pit. The date was January 15th, 1991 and Tariq Aziz, one of Saddam Hussein’s right-hand men, came out of a meeting with US diplomats at the UN. The deadline had expired for Iraq to withdraw from Kuwait.

When no deal was announced, I watched as crude oil went from about $27.00 a barrel to over $40.00 a barrel within 2 minutes (this type of move was unheard of at the time!). The trading pit went absolutely berserk! The guy I was working for made over $100,000 that day! A number I will never forget. By the way, oil dropped back into the $20s the next day.

In the early 1990s, I became fascinated with stocks and decided to become a stockbroker. In the 1990s, it was fairly easy to pick stocks. You really didn’t have to know too much about charts (or any fundamentals for that matter). Usually, if you held a stock long enough it worked! Especially anything related to technology.

Additionally, I was fortunate enough to participate in the very early stages of the dot com boom. Finding new investors was a breeze. People become “accustomed” to the bull market that began in 1982 and really wanted brokers’ ideas.

The 1990s was truly an amazing time for stocks. It was not uncommon to see stocks double and triple over a very short period of time. I was simply in the right place at the right time. I became quite successful during that period; and quite honestly, very cocky.

When the bubble burst in March of 2000, I was actually on my honeymoon in Hawaii. I had gotten all of my clients out of the market just before I left, so that I wouldn’t have to worry about their accounts while I was gone.

The preceding 6 month period from October 1999 to March of 2000 was like nothing I had ever seen before. Stocks exploded! I was buying stocks for clients at 9:45 AM and selling them 10% to 25% higher by 3:00 PM. I was doing more commission in a day than I did in a month just 5 years earlier!

I was getting referrals left and right. The phone rang off the hook. Believe it or not, people were taking cash advances on credit cards to buy stocks.

It seemed too good to be true… and it was!! I was no genius for getting my people out. I just didn’t want to think about it while I was away. When I came back, I thought the correction was over and got my people right back into the market. Yikes!

Over the next 9 months to a year I battled the stock market to no avail. I lost clients’ money. In some cases, clients were down as much as 80%!!!

I knew I had to do something, so I went to the library (yes we still went to the library in those days!) and started reading every book on the stock market I could get my hands on. Even though I have an MBA, my knowledge at the time had no basis in market cycles.

I studied everything you could think of in regards to the stock market: historical market cycles, Peter Lynch, etc, but the one book that stuck out the most was How to Make Money in Stocks by William O’Neil.

No one could explain the gyrations of the markets better over the years than O’Neil could. His book was based on facts and research, and most importantly, the main focus of his system is charts! Duh! Charts!!!!

As soon as I began reading this book I knew EXACTLY what I needed do. I managed to get all of my clients out of the market in early 2001 and saved my business. Additionally, my passion for charts and for the market was reinvigorated.

Over the next two years, I watched as the brokers around me dropped like flies. 95% of the guys I knew at the time are out of the business today.

As I read the book How to Make Money in Stocks, I realized that this simple-to-read book would become my bible, the ultimate playbook! All I needed to do was be patient, study and follow the system as O’Neil laid it out.

When the new bull market began in March 2003, I began to slowly tip-toe back into stocks to test out O’Neil’s system. After a few months, I realized that the system worked and my clients began making money again.

As time went on, I began to apply the system to my personal account with great success. At some point in the learning curve, I realized I could make a lot more money trading for myself than worrying about other peoples’ money. At last, no more hand holding!

The more I practiced the system, the more I began to develop my own set of rules that added further precision in terms of points and sell points. Using this more exact approach, I could enter at my precise buy point and sell the stock in the same day or next day after it had made its initial move.

This methodology has become quite profitable for me over time. I have spent the last 10 years refining and mastering this approach.

Essentially, what I have done is taken the basics out of the O’Neil system and added further exactness in terms of buy points and sell points. Over time, I’ve established my own rules adapting the method to a shorter time period.

My experience has shown much higher rates of return and much shorter time in positions. In fact, I rarely keep a stock overnight, and I no longer worry about what happens around the world when the US markets are closed. I sleep much better!

The purpose of this site is to share with you my hard earned knowledge, experience and passion on a daily basis. Please feel free to contact me with any questions or comments that you may have by using the Contact Us link.

I sincerely wish you success in all of your trading endeavors.

Eddie Z
(Eddie Z is how I am known to the trading world. My real name is Russ Hazelcorn.)